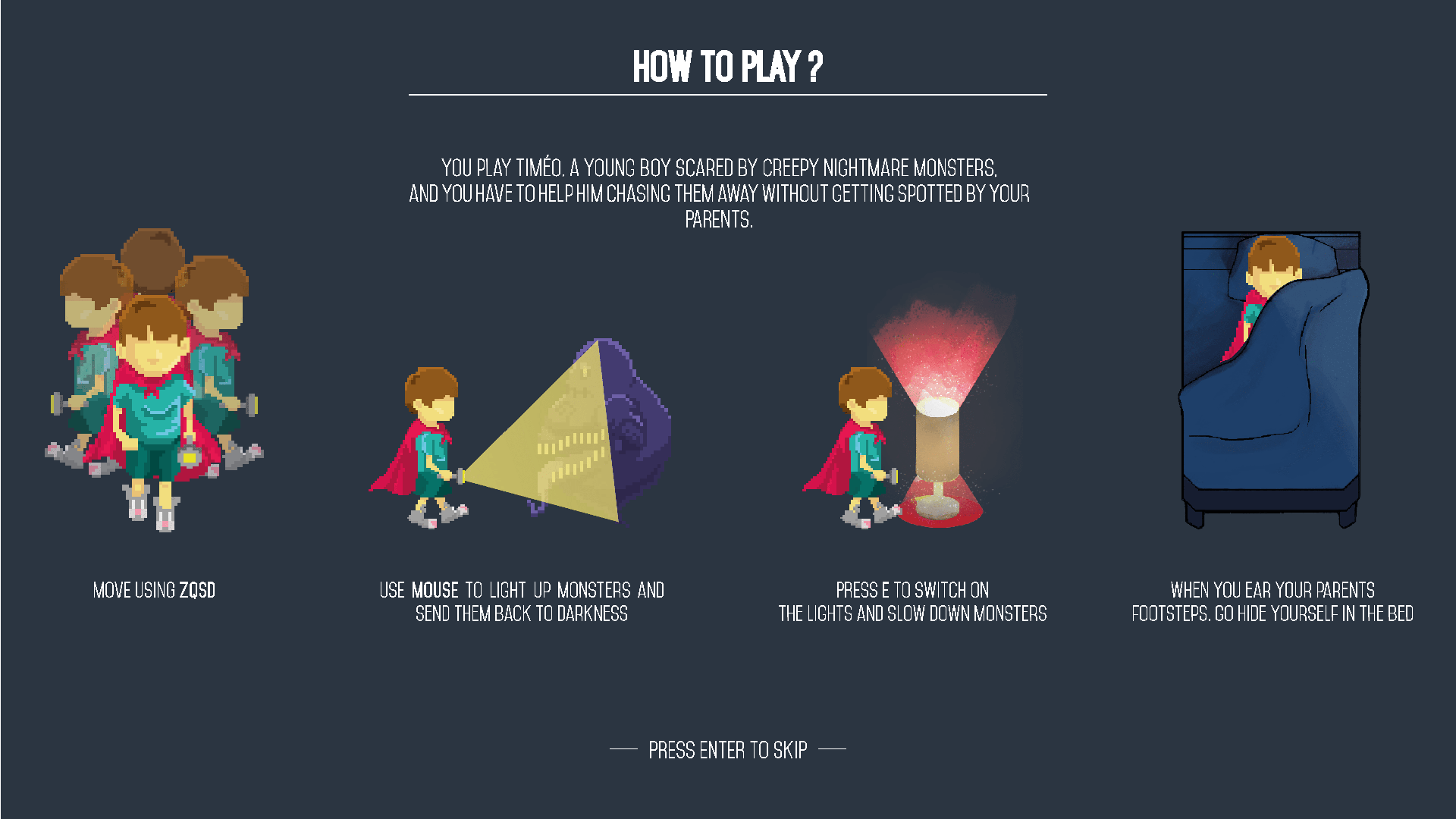 A little boy fighting the darkness

Timeo's Lightmare was made by a team of 17 students from Bobigny. We used Unity to make it and it was a real challenge to manage this amount of student on this tiny project.

The game is about a little boy having nightmares and them becoming real. Equiped with his flashlight and his toys, he will try to repel them by turning the lights on. But he'll need to be careful, his parents are near and they will be very mad if they'll see him awake.

I assumed the role of Game Designer and Manager. I helped creating the mechanics of light and dark that are the basics of this game and I bailed out the manager that we had, because 17 people were not easy to handle. It was an intense project, a lot of pressure within the team but we succeeded in pulling of our production.

See it on the Ludum Dare site